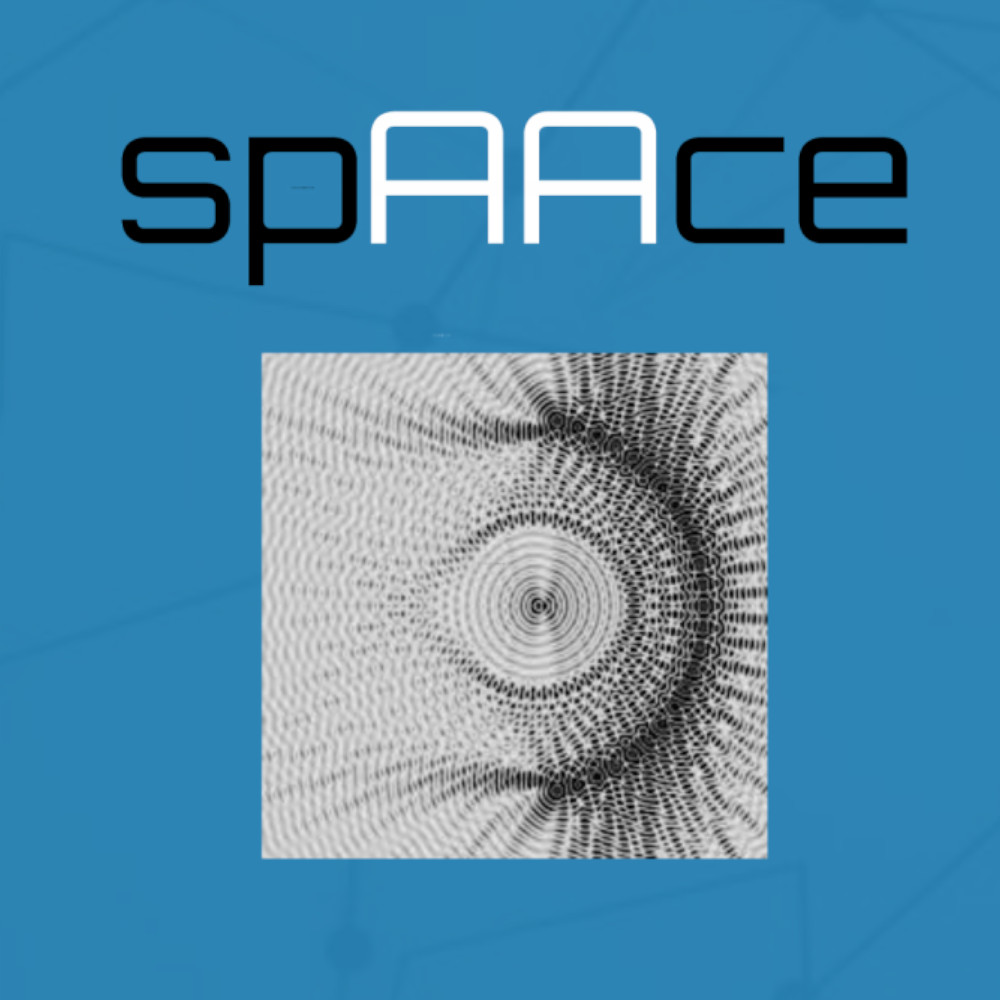 spAAce is a graphical application which let users control real-time movements of sound sources by drawing trajectories. The first prototype of this application has been developed for a Wavefield Synthesis Systems and it is bound with WFSCollider, an open-source software based on [Supercollider which let users handle such synthesis technique.

The spAAce application has been implemented using Processing, a programming language for sketches and prototypes within the context of visual arts, and communicates with Supercollider with using OSC protocol.

This application aims to create a new way of interaction for live performance of spatial composition and live electronics.

Designed, developed, coded and built together with Jorge Madrid Portillo and Matteo Girardi.

Special Thanks to Francesco Grani and maestro Alvise Vidolin.